Let's talk about the weather

I’m gonna talk a bit about the weather. People are said to talk about the weather when they have nothing to say. But in fact, weather is really important to us. It decides our plans, changes our mood, sets limits to what we can or feel like doing.
Especially in a country like Sweden, where the winters are long and dark, the summers need to have a certain amount of good weather in them. Otherwise people get depressed. I believe light has a lot of good effects on the human mind and body. In a place where there’s not much difference between the seasons when it comes to the amount of light you get, you might not notice it, but in places where you are deprived of sunlight sometimes for months, you notice suicide rates that are very high given the social stability in those countries.
This summer started out really bad. Rainy and cold. That’s when I had vacation. Pity. Luckily, at the end of July, we got sunshine. Then of course I was back at work. Pity.
But I’ve had a few days off between shifts, and have got if not a fair share then atleast a share of sunshine. My thoughts, however, when starting to see some of the old symptoms of depression return, is if this could have something to do with it. There is of course the possibility of a Seasonal Affective Disorder, but then the worst symptoms should come in the winter. Atleast it’s light outside now.
Even if you don’t have SAD I’m sure most people are affected, mildly, in the same way.

There are many reasons that people get sick in the time period described. I am convinced that lack of sunlight is one important variable. Adequate amounts of unfiltered sunlight is critical to good health.

We all need about one hour per day and most of us don’t come close to that. Unfiltered sunshine is important. If you are wearing glasses or sitting in front of a window, some of the 1500 wavelengths present in sunshine will not reach your retina and nourish your brain. 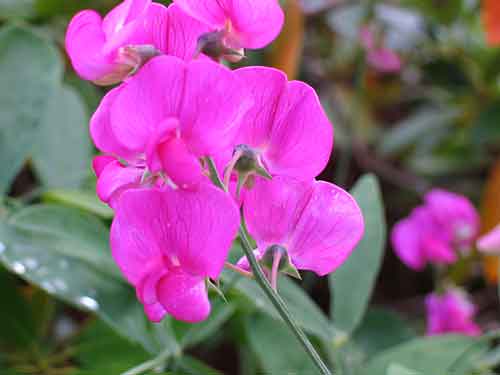 I went to the allotment today. It’s nice being outdoors even on a cloudy day when it’s relatively warm and it doesn’t rain. I had a good talk with mom while taking some weed out of the gravel path.
Later I went into town to have a coffee with Jenny at Sthlm. We had a nice chat too. It’s been one of those days that’s shown a friendly face to you, including that of K greeting me with a smile when I got back home. A day to be thankful for, one of many days.