Judging books by the cover 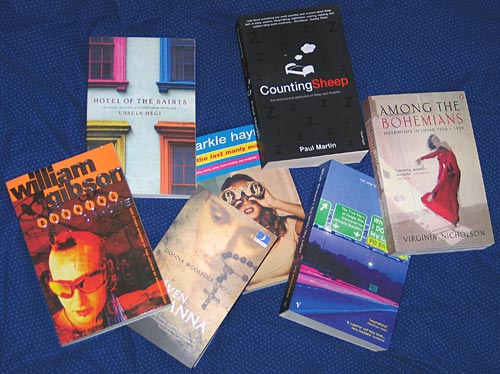 Mother mentioned having been to NK’s English book sale yesterday. Though I was tired after a week of constant toothache, I couldn’t keep away. After work I went into town, and above is the result.