Red is the color

Today’s trip to Ikea turned out to be fruitful. I’ve been looking for a small cabinet for my tea – K’s been complaining that it doesn’t look nice with piles of tea boxes on our open shelves, and I’m inclined to agree. But finding a small cabinet no deeper than 15 cm proved to be difficult. I found the perfect size at Indiska, but that was in an old-fashioned style, and however much I love the stuff at Indiska it was all wrong for the style I wanted which is more modern. So I kept looking. And then I found a bathroom cabinet at Ikea’s site that looked like it might do the trick. It turned out to be bigger than I had thought, but I bought it anyway and when we got home we decided it was too big for the wall where we originally wanted it, but that it would be okay on the opposite wall. So now I have a cabinet for my tea. Above you can see it both opened and closed. 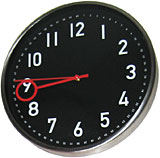 I also bought a clock for the kitchen, some small kitchen trays (you see part of one of them to the very left in the pic above), new hangers for the kitchen in the shape of dogs’ behinds (top and right), round green table mats, cutlery (cheap, while trying to find some decent ones), plastic cutting boards in red, cushions for the kitchen chairs, a small “lack” table for the cottage, and some other small stuff.

The curtains on the top left photo I bought the other day at Hemtex. They have 40 percent off everything right now, so it was a good find.

I’ve realised we’ve got a lot of red stuff in our apartment. Not just in the kitchen, but we actually have red walls in the library and one wall in the livingroom, redish curtains, a red lamp, paintings with a lot of red in them… Yep, red is the color.