Sarah McLachlan spreading her magic at the Circus arena 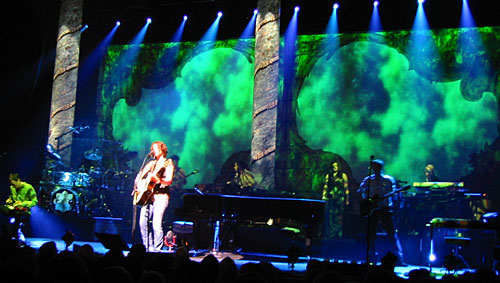 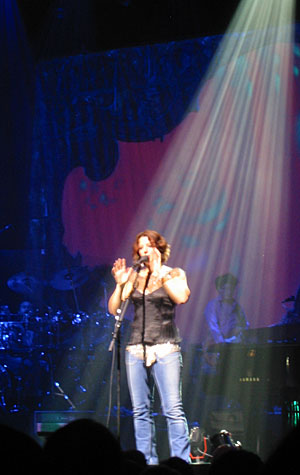 Tonight’s concert was pure magic. I’ve always loved Sarah McLachlan‘s voice, and most of her songs. But seeing her perform took the experience to another level. She glows. And she makes the words work. 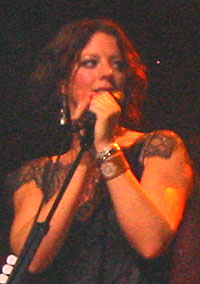 She was noticeably touched by the response of the audience at Cirkus arena. It was her first full time gig in Sweden and she told us she had been unsure how she would be welcomed, if people would know the songs. She needn’t have worried.

The show was very high-tech with a lot of light displays in the background and on the pillars. Circus is so much nicer than Globen. I was seated on row nine, with a perfect view of the stage.

The supporting act was a very talented Australian singer called Butterfly Boucher. I had never heard of her, but now, after her shameless promotion of her new album, I can listen to her music and get to know her better.

Before the show I met Karin and Petra for dinner at Mandus. I was a bit disappointed in the food, since several people had recommended it to me, but the company was good and so was the beer.
I still have a throat ache though. Wish it would go away.