Insanity vs. the creative genious 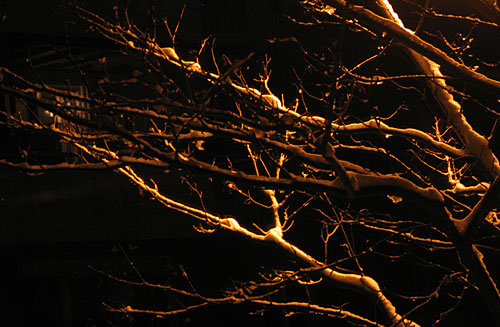 I have watched tv2 all evening, where they had a thematic evening on madness/mental illness, especially madness and creativity. The topic is one I have spent much time pondering on, together with other states of heightened creativity, and sources for inspiration for alternative perspectives (drugs, physical illness, near death experiences etc).
The subject was touched upon from different angles. What upsets me is the proof of narrow definitions of normality that always become so obvious when the “insane” are discussed. It’s up to each society to condemn or celebrate those who exist at the rim of the field of “normal” behaviour. It is up to each and every one of us to open our minds to different ways of being, thinking and acting. As long as you do not harm others, and you are not suffering yourself, it is in my opinion nobody’s business how your mind works.

I was glad to hear about “Radio Galen”, a radio station that defuses the issue of mental illness, and the site rsmh.se (national union for social and mental health).
I must also recommend tonight’s movie An Angel at My Table about New Zeeland author Janet Frame who was diagnosed with schizofrenia (erroneously).

The creative genious often borders on mental illness, and it is true that there seems to be a correlation between the two. But what’s not clear is the cause and effect. Can mental illness be a source of creativity, or is it simply that creative people are more prone to become mentally ill? Probably the latter.
In some small and petty way I can relate to the destiny of Virginia Woolf. My own battle with depression has never given me inspiration for my writing though. But a certain perspective.